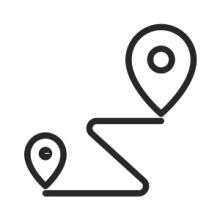 We have plans to introduce a new on-street parking scheme at Leigh Woods. The scheme will help residents, commuters and other vehicles share available parking more fairly, whilst also making the roads safer and the air cleaner.

The proposals would manage available parking spaces through the introduction of yellow lines, pay and display charges and resident-only bays.

Pay and display would allow commuters and other vehicles to park at a day rate of £6, or shorter stays at £1 per hour for up to four hours, providing more flexibility to visitors.

It is proposed that the pay and display charges be in place between 9am and 9pm.

Residents’ permits would allow residents to park in either the dedicated resident-only bays or in pay and display bays exempt from charge. Resident permits are expected to cost £60 per year for a household’s first and £120 for the second.

In recognition of pressure on parking near the suspension bridge, the proposals also include 20 short-stay bays at the northern end of Burwalls Road.

The scheme also includes the installation of an on-street electric vehicle charge point serving two parking bays on Bridge Road. In addition, the opportunity is being taken to implement short cycle lanes on Bridge Road to address existing safety issues that have previously caused accidents.

In February and March 2020, we held informal consultation with residents, Leigh Woods community groups and the wider public to better understand parking issues affecting the area. This engagement produced valuable feedback and, as a result, a number of amendments were made to the initial proposals.

Our Executive Committee reflected on the feedback from the consultation and decided in October 2020 to implement the scheme with some changes which included:

In order to inform the detailed plans for the scheme, a subsequent invitation went out to residents and local stakeholders to submit informal comments, in particular around the proposed bay locations.

In response to this feedback the following key changes were made:

In August 2021, a three week statutory consultation was undertaken to gather feedback on the Traffic Regulation Order needed to create a legal basis for the scheme.

In response to the feedback received, the scheme has been further amended to include additional resident-only parking spaces on part of North Road (made possible by the removal of five short stay parking spaces).

Changes have also been made to parking restrictions near St Mary’s church, which include moving the mobile library space and resident-only spaces. The included list of plans show these changes, as well as the previous proposals for context.

We have written to residents on streets affected by these revisions. Notices inviting comments on the revisions will be displayed on affected streets.

Following this opportunity to comment, a decision will be made on whether to finalise the order in light of comments received, with or without amendments. If the scheme is to go ahead, we expect it will be implemented later this year with the aim of starting in the winter.

If you have any comments or objections relating to the revisions on North Road and Vicarage Road, please email traffic.orders@n-somerset.gov.uk before Sunday 3 October.